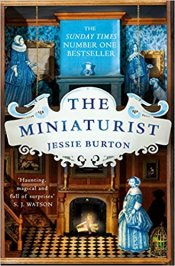 The story:
Nella Oortman moves to Amsterdam to begin a new life as the wife of successful merchant trader Johannes Brandt. But when she arrives, Johannes is absent while his sharp-tongued sister Marin rules the house with an iron fist. Johannes presents Nella with a miniature version of her new home as a wedding gift, which she proceeds to fill with tiny replicas of objects and people – created by a mysterious miniaturist who seems to know far too much about inner workings of the Brant household. It soon becomes clear to Nella that the house has many secrets. Determined to get to the bottom of things, she uncovers far more than she expected and sets off a dangerous chain of events.

My thoughts:
I know that there are a lot of people who absolutely loved this book, but while I enjoyed the story and thought it was well written, I just didn’t connect with the characters. To me, it felt like I was being told, rather than shown, how the characters felt about unfolding events. As a result it all felt a bit detached, and I never felt any real emotion on their behalf.

The interactions between Nella, her husband and the other members of the household seemed limited and stilted – so much so that I really didn’t believe in the relationships that developed between over the course of the book either.

The story started well and I was intrigued by the situation and the mysterious miniaturist. The middle part meandered on quite slowly, and while it did pick up towards the end I just wasn’t that interested in the outcome. The story line about the miniaturist feels unfinished and isn’t fully explained, which was frustrating and left me feeling like I was missing something.

That said, I really liked the setting of seventeenth century Amsterdam, the descriptions of the city and the historical insight into Nella’s daily life. It was really interesting to get a glimpse of the difficulties faced by women and by anyone else who didn’t fit into the strict rules of society, and how this impacted on their lives and experiences.

This feels like a short review but I just didn’t really have any strong feelings about this book either way, which in itself is a bit of a disappointment given all the hype that surrounded it on its release.

5 thoughts on “The Miniaturist – Jessie Burton” 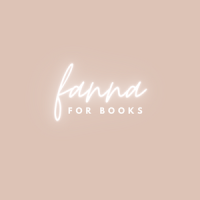